The goal of the TOxAR research project is to develop a system that protects divers on assignments to recover munitions and chemical warfare agents. Sensors monitor the presence of pollutants from TNT and other hazardous materials, and the system indicates the source of any danger in real time on the diver’s mask via augmented reality.

There is a huge amount of ordnance from both World Wars on the seabed of the German North and Baltic Seas. Their recovery is difficult, expensive and dangerous. The hazardous substances they contain are a threat to the environment and to the professional divers who play a key role in their removal.

At the heart of the TOxAR (Toxic Alarm with AR assistance underwater) project are pioneering sensors. These measure the components, primarily TNT, leaked into the sea by conventional weapons, but also chemical substances such as mustard gas or decomposition products of arsenic. These products can burn the skin upon contact, and are suspected of being carcinogenic.

Before any recovery assignment begins, the divers place probes around the perimeter of the area to be searched. The probes are equipped with pollutant sensors as well as navigation and communication nodes. As a result, the divers and their mother vessel and/or the diving center can communicate in real time. The TOxAR system determines the position of the diver underwater, analyzes any pollutants, and can immediately identify potential dangers.

AR integrated into the diver’s mask

When recovering weapons during a dive, low visibility can be a substantial threat. For this reason, a key aspect of the TOxAR project is the development of an augmented-reality system for the diver’s mask. The diver receives navigational guidance and, where pollutants are detected, a warning directly within their mask or on a display worn on their wrist. This ensures the diver can, when a hazard is discovered, withdraw to safety faster than would otherwise have been possible. The display is designed to avoid impeding the diver’s movements or obscuring their field of vision.

TOxAR is funded by the German Federal Ministry for Economic Affairs and Energy. A number of north German companies and research organizations are involved in the project. It is hoped that initial real-world tests on a demonstration system will be performed by mid-2023.

We support the digital transformation of the maritime industry. Hand in hand with you, we future-proof your capabilities with market-driven products and new business models. We seek to ensure the sustainable use of ocean resources through a spirit of innovation and our deep knowledge of the constraints and requirements of the maritime economy. We assist you with made-to-measure solutions for environments below, on, and by the sea. 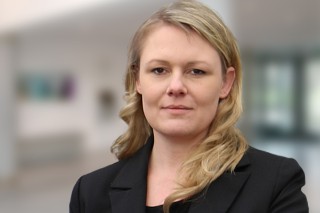