ROVs for offshore repairs and maintenance

A key goal is to eliminate the need for human divers to work in hazardous environments. To this end, the research group has equipped BlueROV 2 with a pioneering “crawling skid.” As the name implies, this allows the vehicle to “crawl” over the surface of underwater structures, such as offshore wind turbines, to perform maintenance. The team is looking at how to best maneuver the BlueROV 2. For instance, the scientists are experimenting with a MEMS inertial navigation system that operates in conjunction with pressure sensors and the rotational position of the skid. Moreover, an optronic system fitted to the ROV detects its surroundings visually and geometrically, and is able to precisely and rapidly assess the current condition of the underwater infrastructure. It can even approach and then read data from sensors installed on weld seams.

The research group is creating a digital twin of the Digital Ocean Lab underwater testing environment (read more), including its offshore platform, and the corresponding technologies and operations. If the underwater environment and its main attributes, such as currents, and the ROV itself are accurately modeled, it is possible to simulate missions in advance for better planning. To create the digital twin, the scientists capture data from multiple underwater sensors that monitor parameters such as vibrations and material integrity. In addition, the research group is creating models that forecast the effective service life of offshore assets, and are developing methods for inspecting and improving weld seams. This will enable predictive maintenance of underwater assets.

Pressure and temperature variations in the sea can negatively impact battery performance. It is therefore necessary to incorporate a generous safety margin when calculating the viable duration of these high-cost missions—to avoid having to abort at short notice. With this in mind, the researchers are attempting to better understand and predict the discharging and aging processes for each individual battery cell. This entails attaching small piezoceramic sensors to the cells. These sensors vibrate the cell surface to determine its hardness—as this parameter is influenced by battery discharge. The new piezoceramic technology is being trialed in an underwater minilab in the harbor of the OTC—itself a project being conducted by the Fraunhofer SOT research group. The insights gained will allow more precise battery management and, ultimately, a smaller battery capacity safety margin. The robotic submersibles will then be capable of extended underwater missions, cutting total cost.

We support the digital transformation of the maritime industry. Hand in hand with you, we future-proof your capabilities with market-driven products and new business models. We seek to ensure the sustainable use of ocean resources through a spirit of innovation and our deep knowledge of the constraints and requirements of the maritime economy. We assist you with made-to-measure solutions for environments below, on, and by the sea.

More info about the research group

The interdisciplinary research group of the Fraunhofer-Gesellschaft "Smart Ocean Technologies" (SOT) at the Rostock site develops future-oriented marine technology and new solutions for a more compatible use of the oceans. The staff of the Fraunhofer institutes IGP, IGD, IOSB and IKTS act as a Europe-wide unique research network of underwater technology in the context of the "Ocean Technology Campus Rostock" (OTC). 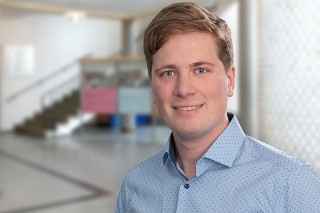